Since it looks like it will be raining, we will not be going to Kensington Gardens :( Instead, I've made a reservation for 1pm at Benihana in Piccadilly area. We are meeting at 12pm by the Eros Statues, so if you want to go to the restaurant with us, meet us there. :)

More details can be found on our FB page.

I'm bummed that we will not have a picnic, but at least we will be dry! And I'm sure we'll see some trees around London :) 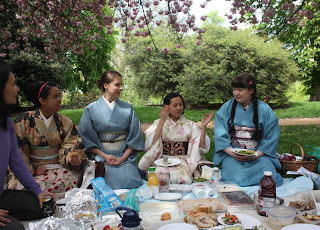 
Our annual Hanami picnic will be this Saturday, at the Kensington Gardens. Last year we had a BLAST, so we decided to come back to the same place this year. Lets hope that we will see some sakura blooming, and that it will not rain. Please bring picnic food and blankets, and of course wear kimono!


You can check out our Facebook event page for more details and discussion. 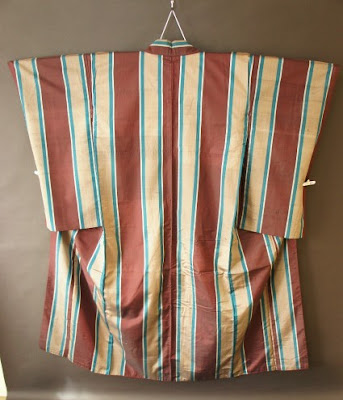 For our March Kimono de Jack meet up we will be going to Victoria & Albert Museum in London, to check out their kimono collection on display!

We will meet at the entrance of the museum at 11:30am and the closest tube station is South Kensington. The admission is FREE, but please bring enough money for lunch if you are to join us. Also, please make sure you bring enough funds to cover the transportation in London.

As always, wear kimono if you have one! Either way, we will be happy to meet new people.

For our February meet up we will be going to Hyper Japan for the third time! This time they changed the venue to a bigger one, so let's hope the crowds will be more manageable this time.

Make sure to buy tickets before the event, and bring enough money to cover any other expenses (like lunch or shopping). As always, wear kimono if you have one, but if you don't come and hang out with us anyway! 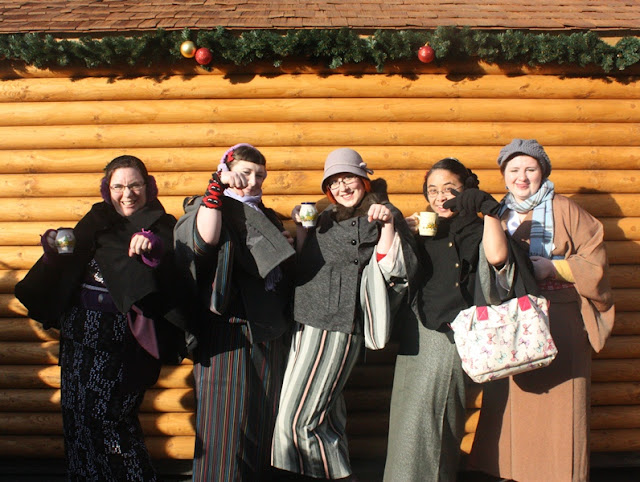 Kimono de Jack group in the UK loves the Christmas season, because it means the start of many Christmas markets, abundance of mulled wine, hot chocolate, and the opportunity to dress up kimono with all kinds of winter accessories. This year we went back to the Frankfurt German Christmas Market over at Birmingham. 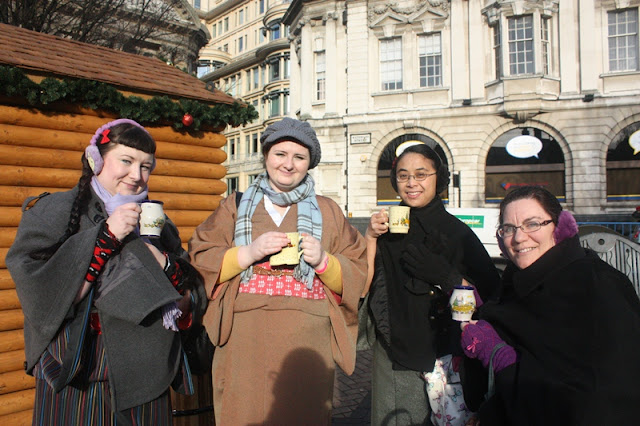 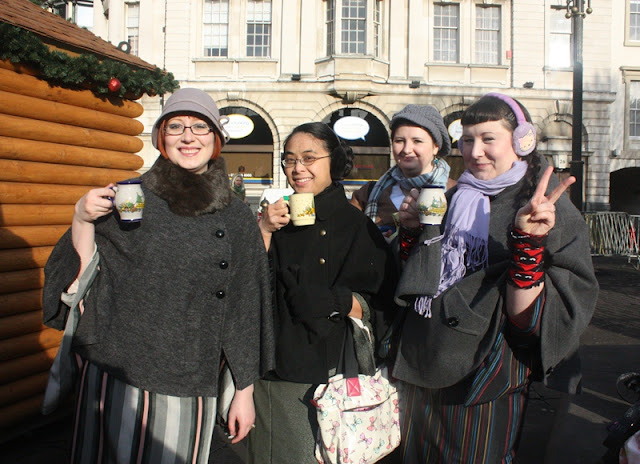 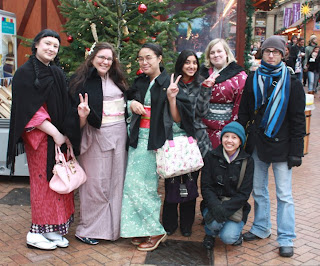 Like last year, we will be visiting Birmingham Christmas Market where we will me eating and getting merry with the mulled wine.

Come in kimono if you like but whatever you do make sure you are dressed warmly, you can't rely on the mulled wine to keep you cosy!


Posted by Kitty Kanzashi at 14:29 No comments:

So November KDJ was a last minute get together because none of us knew where to go however a suggestion of Doki Doki was made and since I lived relatively close to Manchester I thought I might give this convention a try.

Doki Doki 2011 is a convention that celebrate both the traditional and modern side of Japanese culture so I hope there was going to be a good mixture of stalls and demonstrations.

I meetup with Mike in the queue (the one who suggested Doki Doki) and while we were wondering around, we then meet Bec Deacon who was a fellow kdj member which I hope to meet.

Now the convention itself, it was at the Sugden Sport Centre which meant the event was held in a nice spacious gym so it didn't get too hot and there was a reasonable number of stalls selling anime, lolita, manga and art.

There were also plenty of demonstrations being shown on time to keep people interested. 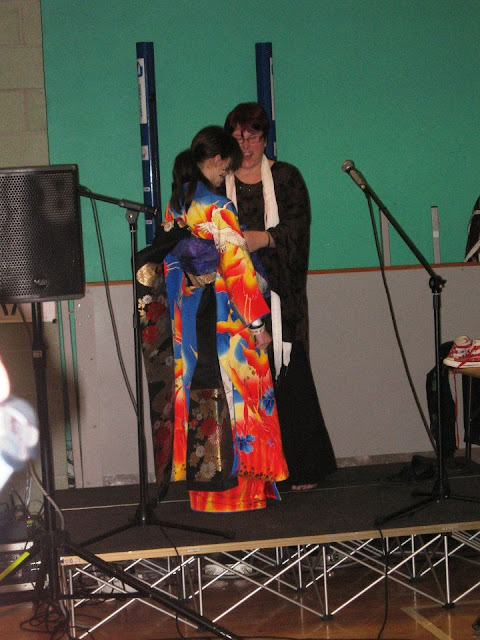 And then there was some koto being played and some traditional dancing. 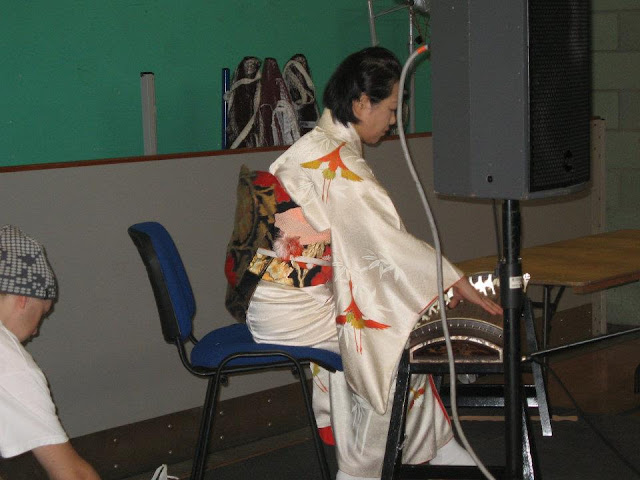 Doesn't the dancer have a pretty kimono! 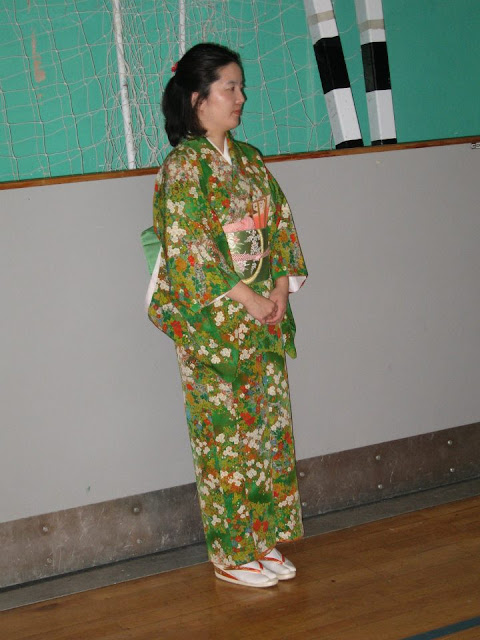 However, at £14.00 on the day or £10.00 in advance, it is a little bit pricey in my opinion and although the demonstration were mainly cultural, there wasn't many stalls selling traditional items which was what I was hoping for.

Now time to apologise.  My camera decided to die on me just as I started to stake pictures so I had to use photos taken by Mike.

The next meetup will be on 10 December at Birmingham to see and sample the delights of the Frankfurt Christmas Market.  We will probably organise ourselves at Birmingham Train station just outside the ticket gate before moving off to the Market.  I think we might be even be going to the Lace exhibit at Birmingham Museum because there is only so much food and drink one can consume at a market.

See you all there I hope!

Posted by Kitty Kanzashi at 14:16 No comments: 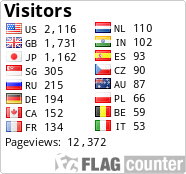